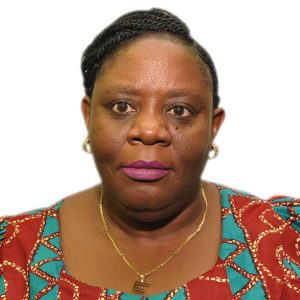 Funmilayo Adesanya had her primary school education at St Mary’s Nursery and Primary School ,Surulere in Lagos. She later proceeded to  New Era Girls Secondary school, also in Lagos,  where she bagged her ordinary levels in 1983, she also completed her Advanced Level in 1985 from Anwar ul Islam College in Agege.
She got her Degree in Communications and Language Arts from the prestigious University of Ibadan in 1989.
Funmilayo later bagged a Masters degree in Public Administration (MPA) in 2009, from the University of Lagos .
Mrs Funmilayo Adesanya, joined the  Lagos state civil service in November 2001, prior to this she was with a   Federal Government Agency, Raw Materials Research and Development Centre (RMRDC) from 1991 to 1996 as a Principal Information Officer.
She joined the Lagos state Government as information Officer 1, and rose through the  ranks and became Director Information Production Department in June 2019.
She is happily married with children.
February 15, 2017
274 1 minute read
Facebook Twitter LinkedIn Tumblr Pinterest Reddit VKontakte Share via Email Print