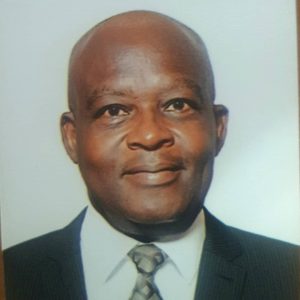 Olumide Sogunle had his primary school education at Mainland Preparatory Primary School, in Lagos, before proceeding to Igbobi College Yaba, also in Lagos, where he bagged his West African School Certificate in 1981 and also completed his Advanced Level in 1983. He went for further studies at the Nigerian Institute of Journalism, getting a Diploma in Journalism/Public Relations in 1985, and thereafter, earned a Bachelor of Arts in English at the Lagos State University, Ojo, in 1991. Olumide later bagged a Master’s in Business Administration (Marketing) at the Delta State University in 2001. Beyond the classrooms, he has been exposed to different sectors in his working career, ranging from Broadcasting, Health and Advertising, Oil and Gas to Banking, before his present position as Director, Public Affairs, Lagos State Ministry of Information and Strategy. He had a brief stint at Radio Lagos, Ikeja, in 1984, where he functioned at various times reporter, presenter and sub-editor, collecting and editing news stories, as well as co-presenting entertainment programmes. In Oil and Gas, he was Editorial/Public Relations Assistant at National Oil, from November 1985 to July 1987, where his responsibilities included compiling reports from District Offices for Publication in the Company journal (EAGLE TIMES). He was at the Eko Hospital PLC, Ikeja from September 1991 to 1993 where he had his National Youth Service Scheme as a Personnel Officer and later served as Corporate Affairs Officer. His banking career spanned 15 years’ in Eko International Bank (which later transformed to Skye Bank PLC), where he held various positions between 1994 and 2009, leaving as Branch Manager in 2009. He joined Lagos State Signage and Advertisement Agency (LASAA) in February 2009, as Head, Monitoring and Inspection Department and served in various capacities before being appointed Deputy Managing Director of the Agency in March 2012. Prior to his appointment as DMD, Olumide received an Award of Excellence as Outstanding Head of Department in 2011. He was deployed to the mainstream Civil Service in 2015, posted to the Ministry of Information and Strategy in 2016 and became Director, Public Affairs in February 2020.